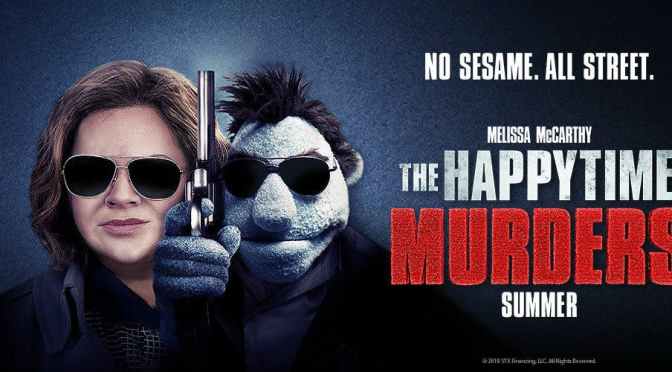 The Hapytime Murders is by far the most heavily mismarketed film of 2018.  Advertised as a wild and raunchy comedy, the film is actually a decent crime drama with raunchy humor that showcases that puppets can do far more in movies than sing to your kids.  However, people who want a unique (if flawed) crime drama with some ribald humor will likely be impressed at the immaculate puppetry on display here, along with a solid human cast that plays surprisingly well off of their stuffed cast members.  The Happytime Murders is a good step in legitimizing puppetry as adult entertainment, despite a few bad jokes and some questionable script decisions.  It’s not as good as it could be, but my God, if it couldn’t be a lot worse.

We follow ex-cop-turned-private-eye Phil Phillips (controlled and voiced by Bill Barretta), a puppet living in a world where humans coexist with the furry creatures, albeit with intense racial prejudice against them.  Phil witnesses the murder of a puppet cast member of The Happytime Gang, a Bear-in-the-Big-Blue-House-esque TV show, and is called to work with human ex-partner Connie Edwards (Melissa McCarthy largely playing it straight) to catch the killer.  However, when more members of the show appear stuffy side up, they must figure out who wants them all dead before it’s too late.

The Happytime Murders is a flawed movie more for its marketing than the actual film.  Why the studio decided to showcase nearly all the raunchy stuff (including the film’s best comedic set piece), rather than show its true colors is beyond me.  Had I not been warned by a good friend it wasn’t a wild comedy, this would be a very different review.

Luckily, I did, and was treated to one of the more entertaining (if very niche) cop pictures I’ve seen recently.  I like seeing McCarthy play second fiddle to someone in a more restrained role, and she works decently off of the creature.  To that end, the puppeteers have outdone themselves, creating some enjoyably violent sequences and showing their creations do things you never thought you’d see a puppet do (or want to see, for some). 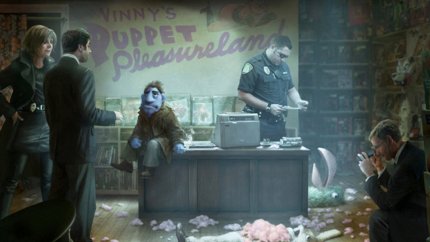 Therein lies the problem: The Happytime Murders is only going to satisfy a very niche audience: those who enjoy crime dramas, raunchy humor, and puppetry, but don’t mind the furry guys showing their raunchy side.  My theater consisted of myself and two older couples, and they laughed about 4 times.  I laughed at most of the humor, but some of it just didn’t land.  Melissa McCarthy fans may also feel she is underused comedically (once again, the marketing has wrongfully placed her in the spotlight), and I understand that.

The film also tries to have a commentary on racism with the mistreatment of the puppets, but we aren’t told how the world got here and so it just comes off as well-intentioned, yet ineffective.

The Happytime Murders is a solid crime drama with bursts of raunchy humor that will have trouble finding an audience due to abhorrent mismarketing and expectations of puppetry.  The human cast (also featuring Joel McHale, Elizabeth Banks, and a very funny Maya Rudolph) are game for the material, which treats itself just seriously enough to be taken as legitimate crime drama, but not so much that the raunchy humor feels misplaced.  Would I recommend it to everyone?  Definitely not.  There are things I will never be able to unsee here.  However, if you want a unique puppet film that doesn’t give a fluff about young kids, then I recommendThe Happytime Murders.

Rated R for Strong Crude And Sexual Content And Language Throughout, And Some Drug Material