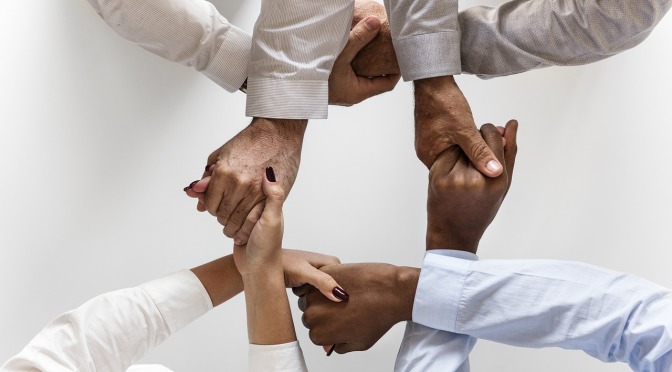 The business world is a hard place to break into for millennials.  I always questioned how new or smaller businesses were supposed to get their foot in the door with so many big companies in place.  Imagine my surprise upon attending the Black Business Mixer Atlanta, a bi-monthly get-together of new and burgeoning businesses meet and network with one another so they may learn how to better their own business ventures and help new ones thrive.  A more hopeful sight could not be seen. END_OF_DOCUMENT_TOKEN_TO_BE_REPLACED

I’ve come across some online controversy that involved one of my favorite natural hair care brands; Shea Moisture. This is one of the first brands I gravitated to during my natural hair transition back in 2009/2010. My transition was rough, but I got through it after a year and a half. That’s another story though, so I won’t get into detail.

BUT WE ARE HERE to talk about the recent controversy with Shea Moisture’s recent commercial. Here’s a link to the commercial, if you haven’t seen it already.

OK. So now that you’ve seen what people are talking about, hold tight to your questions, comments, and concerns until the very end of this. Take this all in, then make your Bold Opinions 🙂

Controversy: New Shea Moisture commercial integrates other women without kinky or curly hair. Shea Moisture began by marketing their products for women and men of color, specifically kinky and curly hair textures. Now, in 2017, the company releases a commercial with women with naturally straight, fine hair, talking about their love of the product. Since the release of this commercial, the company has received some negative backlash. *See Below, YES these are real*

(Feel some type of way after reading those comments? Remember to comment below and take the poll) 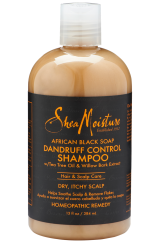 Why I think this is ridiculous:
1) All you backlash givers should have a few seats.
*offers memory foam cushioned, kente cloth embossed stool, for all you extra woke folks*

Please have a nice long seat because this brand has been around WAY before any of the natural hair became “popular”. I say “popular” because we all know that there was a “natural wave” that popped up bout a decade ago. Some people stuck with it, others didn’t. It’s life.

I saw where people were complaining about SM (Shea Moisture) not being loyal to their customers and that they were becoming “white washed”.
Really -__-

Ok then, well what about the previous commercials and marketing techniques? Plenty of women with “4C” hair types and darker skin complexions in those productions. Bet you haven’t seen those, eh? Just jumped on the bash-bandwagon, eh? Ok so let me point you in the right direction. Check these vids on their Channel
–What’s Normal?
– #EveryBodyGetsLove
– Shea Moisture London Store Launch
– Bleached hair care (I recommend skipping to 2:30-5:30)

AND they have men’s products for beard and shave! Are my guys out there complaining since there are NO MEN in any of their commercials?
I thought so. Have a seat.

So now that people see that the brand is trying to expand and offer their products to ALL HAIR TYPES, it’s a problem? Yes, SM started out marketing to the kinky, curly hair types, but guess what… It’s time for growth. Business growth.

2) It’s called Business
Hey, the brand is expanding. It has its foundation, the curly haired customers, and now wants to market to other hair types (AKA be placed in more stores, AKA reach a broader audience, AKA MAKE MORE MONEY, AKA BECOME. AN. EMPIRE.) Let them get their coins!

Why stop a black owned business from conducting business how it should be, by expanding and inducing growth? Marketing is doing a spot on job with their efforts, I think. Maybe should emphasize and incorporate more men in their ads an such, but they will get around to it.
Yes, it’s black owned by Sundial Brands, LLC.
I’m a journalist, I research 😉

Also, since when did the term “natural hair” refer to only the kinks, coils, and napps? The definition of Natural is something that Naturally occurs, right? Without alteration, right? So that could include, just about anything, right? Got it.
I think this goes into the phenomena that “we” like to have “our own”. Which is fine because we are slightly different in ways, but let’s not confuse this idea with selfishness. This is just something to ponder on and could potentially turn into an article of itself.

Let me drop a gem on you right quick. Whether you realize it or not, LIFE is a business. Everything has strategy, consequences, and goals for success/ happiness. Remember that. 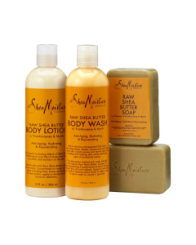 All in all, Y’ll need to chill on this backlash and if this product works well for YOU and YOUR hair/skin, continue to use it. Y’all are REACHING!

*sidenote* I may make a video about this also, so stick around and follow The Bold Opinion Youtube channel >HERE< 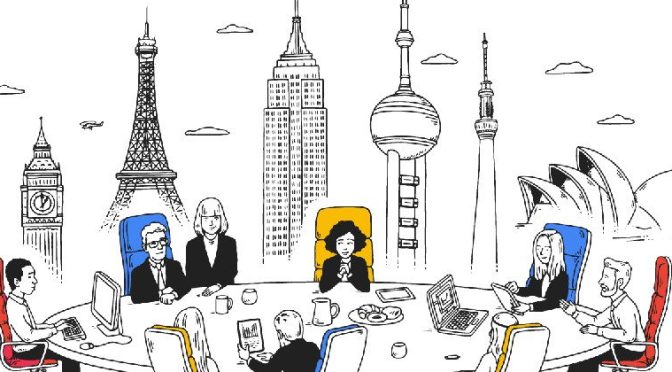 Google has always been one of the big dogs in the tech market. So, there’s no surprise to see the company make changes to keep things “fresh”. On September 29th this year, Google announced the “name change” of its current Google Apps tool. It will still be the same all-in-one tool that users access every day, just with a slightly different twist.

Google prides itself in teamwork, so it was only right to make this new suite as user-friendly and interactive as ever.

“In the spirit of teamwork, we partnered with some of our favorite illustrators from around the world to bring our ideas to life with their iconic creativity,” said Kelly Campbell, Senior Director of G Suite Marketing, Google Cloud.

So, what will you get with G Suite?

A new feature called “Quick Access” in Google Drive for Android will allow users to make frequently accessed material, well, easier to access. These documents will pop right up when you open Google Drive. They base your frequently accessed docs on interactions with colleagues and recurring activity with machine intelligence that helps Google understand the rhythm of your work life and can show you things before you even have the chance to ask. Quite cool, in a weird, creepy, stalker-kinda way.

Not saying that your team isn’t already smart, but you get the idea. Google understands that teamwork goes beyond the boundaries of your conference room. On-the-go meetings are now easier than ever by using an improved Google Hangout feature. Users are given total freedom by being able to join with any device and invite anyone, even without an account or data connection. This new interface can hold up to 50 participants via video with, of course, Google Calendar integration and an instant screen-share option. Video chat with 50 people? Hmm, sounds like a party to me!

If you’re someone who cringes at the thought of equations and uncooperative cells, like me, chances are you’ll be more comfortable with Google’s new rendition of Sheets. Not all of us are math wizards and sleep with multiplication flashcards under the pillow, so folks at Google understand that. Now, machine intelligence allows users to actually type in the questions or problems they want solved. Yes, that means typing words will get the job done just as effectively! It’s like the computer equates keywords to quantitative actions! Aha, genius I say!

If you like what you heard in points A, B, and C, chances are that you just might need the G Suite. It comes with a lot more features than what I just explained and for a more in depth analysis, visit Google’s G Suite Blog >> HERE! <<